Laura Gibbs · 29. Duryodhana Plots against Bhima
Duryodhana was the eldest son of Dhritarashtra, and he conceived a deep hatred for the Pandavas, his cousins. In particular, he hated Bhima, the strongest among the Pandavas, who liked to play tricks on him.
Duryodhana decided to kill his cousin, so he put poison in Bhima's food and then, when Bhima was unconscious, he threw Bhima into the river.
Bhima sank deep into the waters, and when the nagas of the river bit him, their poison counteracted Duryodhana's poison. Bhima did not die! Amazed, the nagas took Bhima into the depths of the river to see their king, Vasuki.
Inspired by: The Mahabharata: A Shortened Modern Prose Version by R. K. Narayan
Notes: This story is from Chapter 2: Enter the Players. Narayan does not include the detail about the nagas and the potion they gave him. 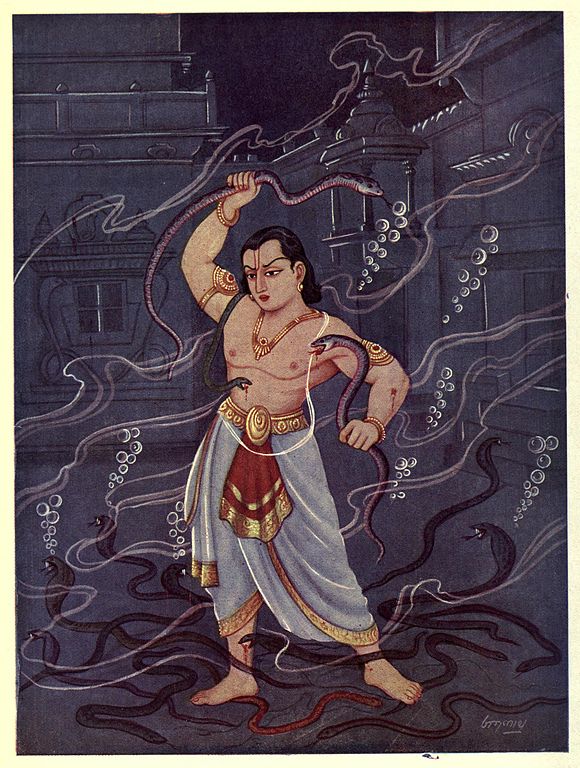