Laura Gibbs · 42. Drupada Prays for Children
Enraged at Drona and his patrons in Hastinapura, Drupada prayed to Shiva. "Give me a son to kill Bhishma, then a son to kill Drona, and a daughter to divide and destroy Hastinapura."
The god Shiva appeared and said, "Your prayers are granted."
Drupada's wife had a daughter, Shikhandini. Trusting this would be the son who would kill Bhishma, Drupada raised Shikhandini as a boy: Shikhandin.
Drupada then conducted a ritual and from the sacred fire a young man emerged, wearing supernatural armor. Drupada named him Dhrishtadyumna.
Then, a young woman emerged from the fire, and Drupada named her Draupadi.
Inspired by: The Mahabharata: A Shortened Modern Prose Version by R. K. Narayan
Notes: This story is from Chapter 4: Bride for Five, and it is p. 88 in in Devdutt Pattanaik's Jaya. 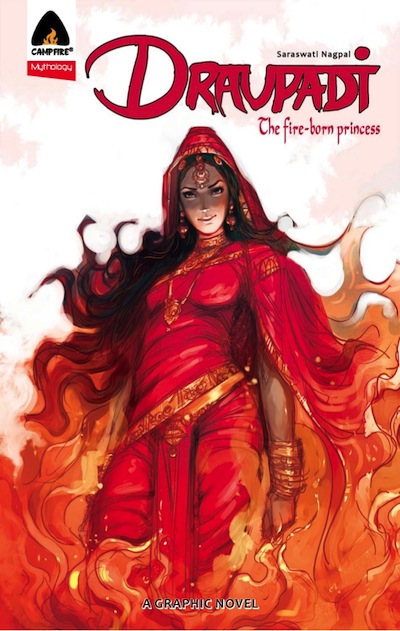