Laura Gibbs · 9. Devavrata Swears an Oath
Devavrata saw that King Shantanu was troubled, and Shantanu told his son what had happened: to marry Satyavati, he had to promise that her son, not Devavrata, would inherit the kingdom.
Devavrata did not hesitate. "I renounce all claims to the throne!" he said.
"But there is also the problem of your sons," Shantanu added.
Then Devavrata swore a dreadful oath. "I renounce all women, and I will never marry."
Henceforth he was called Bhishma, meaning "dreadful" because of this dreadful oath.
The gods, in admiration and pity, gave Bhishma the boon of choosing the time of his own death.
Inspired by: The Mahabharata: A Shortened Modern Prose Version by R. K. Narayan
Notes: This story is from Chapter 1: The Eighth Baby. Narayan does not mention the boon of choosing his own time of death, but that appears in Pattanaik's Jaya, p. 33. Pattanaik also mentions that the Jain Mahabharata hints that Bhishma castrated himself as part of his terrible oath. 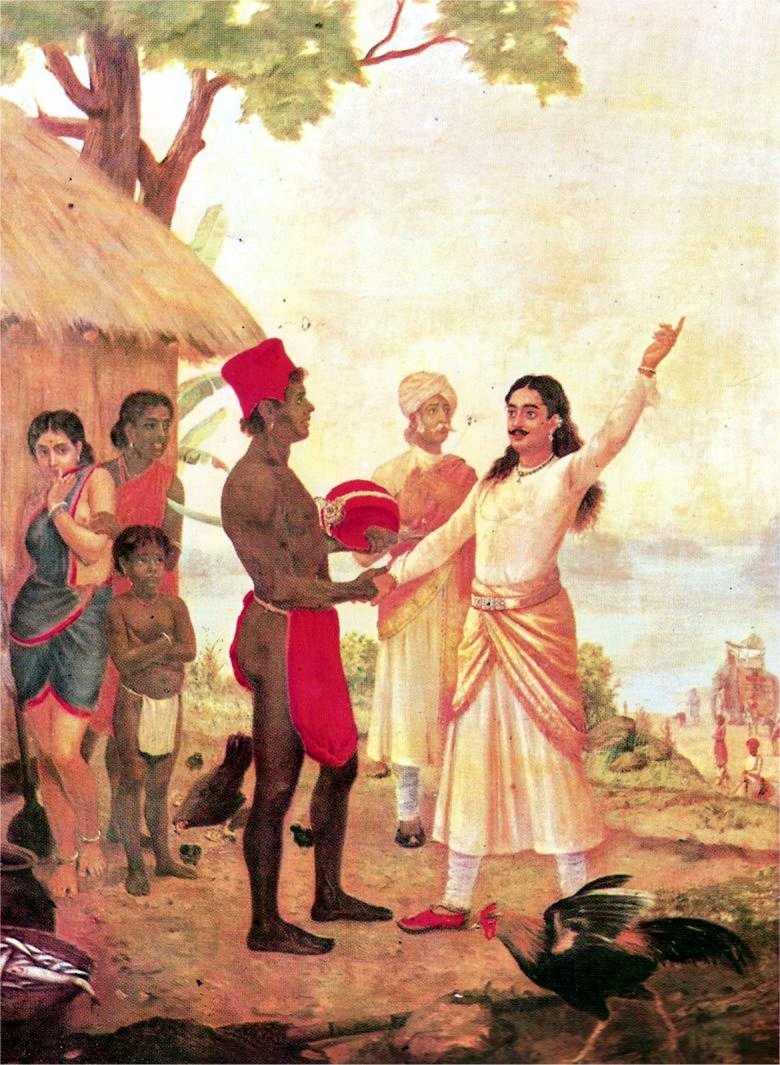