Laura Gibbs · 6. Devavrata Departs and Returns
"I will take Devavrata with me now," Ganga told Shantanu, cradling the infant in her arms, "and return him to you later." She then disappeared into the river.
King Shantanu returned every day to the river, forever hoping that his wife and son would appear.
Then, one day, it happened: Ganga emerged from the river, together with a handsome young man. "Your son has learned the Vedas from the rishi Vashishtha," she said, "and Parashurama has taught him the arts of war."
Shantanu embraced his son and proclaimed him to be the crown-prince, his heir.
Ganga then returned to heaven.
Inspired by: The Mahabharata: A Shortened Modern Prose Version by R. K. Narayan
Notes: This story is from Chapter 1: The Eighth Baby. Narayan does not mention Parashurama, but that is included in Pattanaik's Jaya, p. 31. 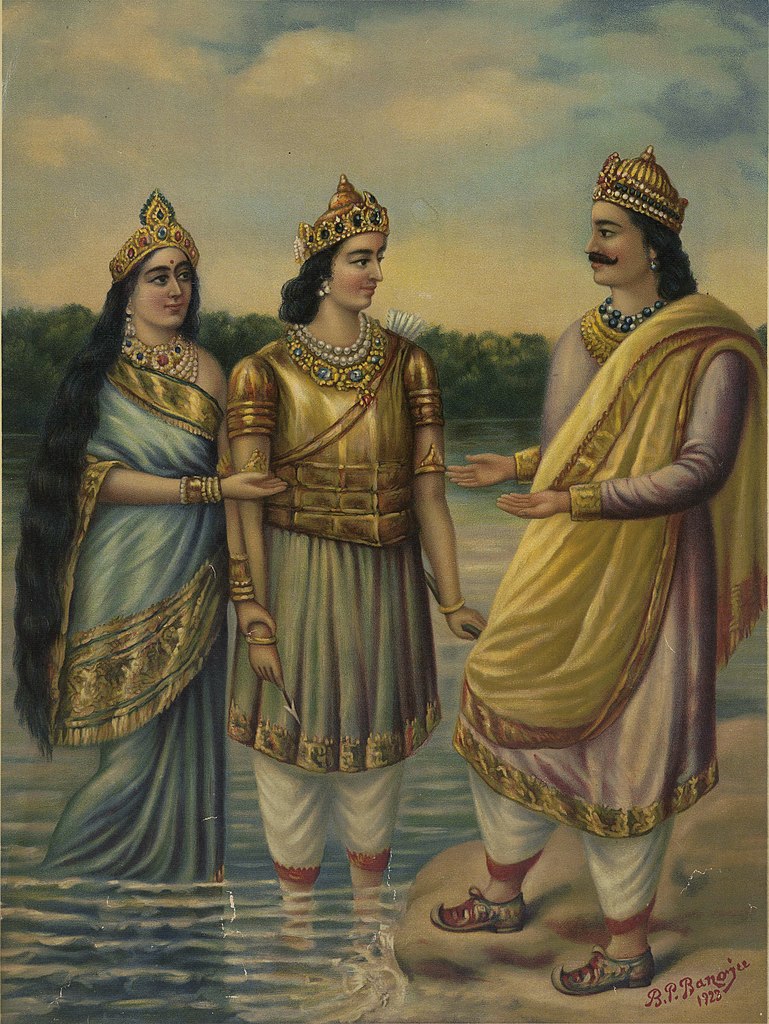