Laura Gibbs · 148. Arjuna Vows to Avenge Abhimanyu
When Arjuna learned Jayadratha had led the soldiers who killed his son, he vowed revenge. "Either I kill Jayadratha before sunset tomorrow, or I kill myself."
The Kauravas made every effort to protect Jayadratha so Arjuna would have to kill himself at sunset.
Krishna, however, intervened. As evening approached, he raised his divine discus and hid the sun from view. Thinking the sun had set, the Kauravas let down their guard, exposing Jayadratha. Krishna lowered his discus: the setting sun was still in the sky as Arjuna shot an arrow that decapitated Jayadratha.
Thus ended another day of the war.
Inspired by: The Mahabharata: A Shortened Modern Prose Version by R. K. Narayan
Notes: This story is from Chapter 15: Delirium of Destruction. 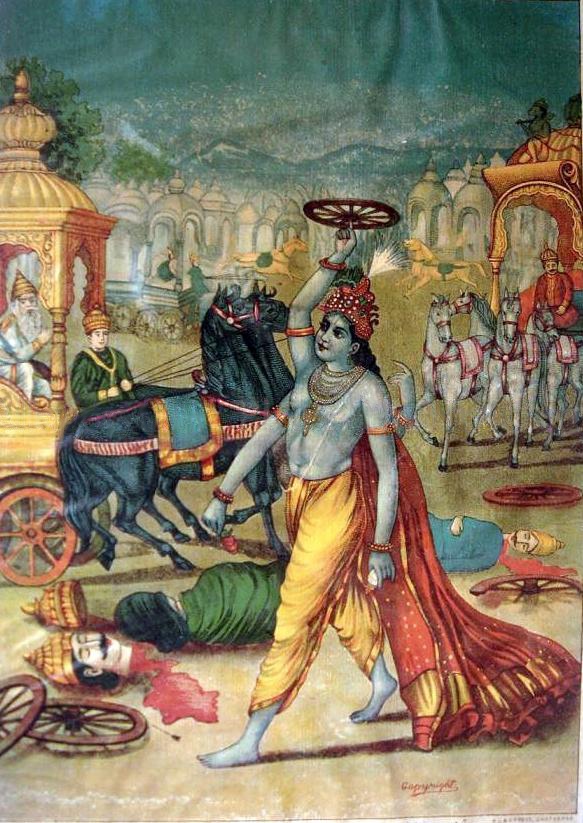