Laura Gibbs · 49. The Story of Ramachandra
When Sita came to Ayodhya, Rama's mother, Queen Kaushalya, was eager to tell her all about Rama.
One day Sita asked, "Rama belongs to the Solar Dynasty of kings that descend from Surya, the sun-god, but you call him Ramachandra, Moon-Rama. Why is that?"
"Little Rama wanted the moon to sleep beside him," Kaushalya explained. "But no matter how loudly he called to the moon, it stayed up in the sky. So we put a pot of water on his bed, with the moon reflected in the water. Thus Rama slept with the moon. That's why we call him Ramachandra."
Inspired by: Sita: An Illustrated Retelling of the Ramayana by Devdutt Pattanaik
Notes: This story is on p. 69 of the book. Pattanaik notes that some legends explain the name differently, saying that Rama's treatment of Shurpanakha and also of Sita put a blemish on his solar reputation, making him Ramachandra. 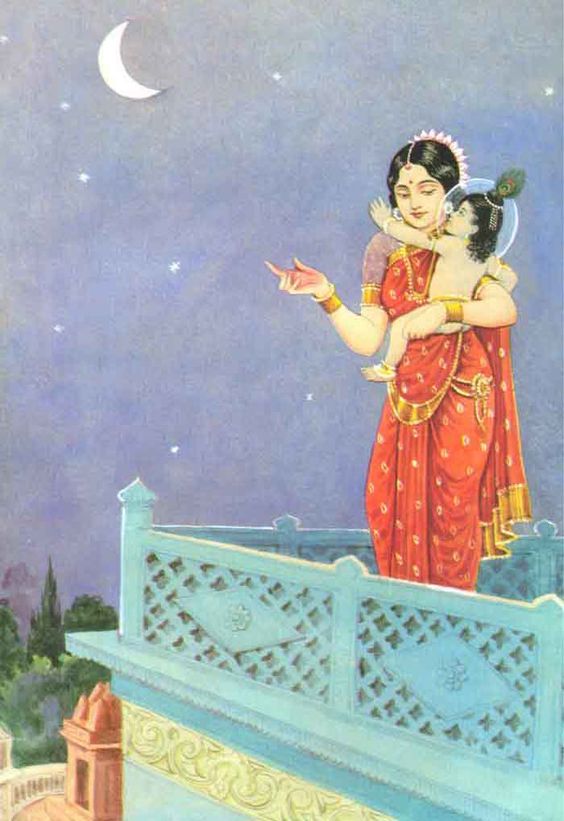