Laura Gibbs · 109. The Monkeys Enter the Cave
Hanuman led the search party southwards, and they fell into a vast cave, filled with trees and lakes, mansions and palaces.
There they met Swayamprabha.
"What is this place?" Hanuman asked her.
"Mayasura built this place for his beloved apsara, Hema," she replied. "I guard it for her."
Then Hanuman told her of their quest.
Swayamprabha smiled. "Normally those who enter here do not leave, but I will use my powers to help you. Close your eyes."
The monkeys put their hands over their eyes.
Then Swayamprabha transported them out of the cave, towards the south, ever closer to Sita.

Inspired by: Valmiki's Ramayana
Notes: This is from Book 4: Kishkindha Kanda, sarga 50-51-52. It is called the Riksha cave in Valmiki's Ramayana, and the description of the cave is filled with beautiful detail. The story explains that Maya had acquired a boon from Brahma; this protected him from Indra, so Indra used Hema to seduce Maya (a role apsaras often play, acting as agents for the gods). You can read more about Mayasura at Wikipedia; his daughter with Hema the apsara is Mandodari, Ravana's wife. According to some, this Mayasura is different from the Mayasura who appears in the Mahabharata, the idea being that "Maya" is more like a title rather than a personal name. 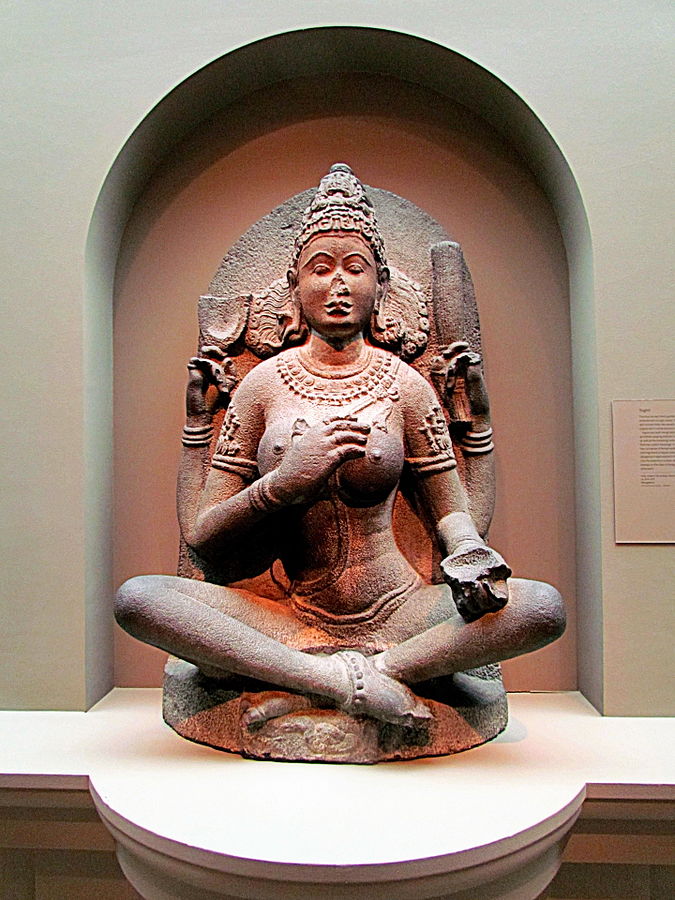