Laura Gibbs · 14. Azrael and King Solomon
"Save me, King!" shouted Solomon's courtier. "The angel of death looked at me angrily in the marketplace!"
"I cannot save you from Azrael," Solomon replied.
"Command the winds to transport me to India; that way I'll escape."
Solomon commanded the winds; whoooosh... the winds carried the man to India.
The next day, Azrael visited Solomon's court.
"Why did you look upon my courtier so angrily that he fled to India?" Solomon asked.
"I wasn't angry at him," Azrael replied. "I was simply astonished to see him there because I knew he was fated to die later that day in India."

Inspired by: The English prose version of Rumi in Tales from the Masnavi by A. J. Arberry, 6.
Notes: See Wikipedia for more about King Solomon in folklore and also about Azrael, the angel of death.

Here is a manuscript illustration of King Solomon attributed to Mirza Ghulam (Walters Art Museum); Solomon is talking to the hoopoe bird, who is part of another legend about Solomon (hoopoe legends here). 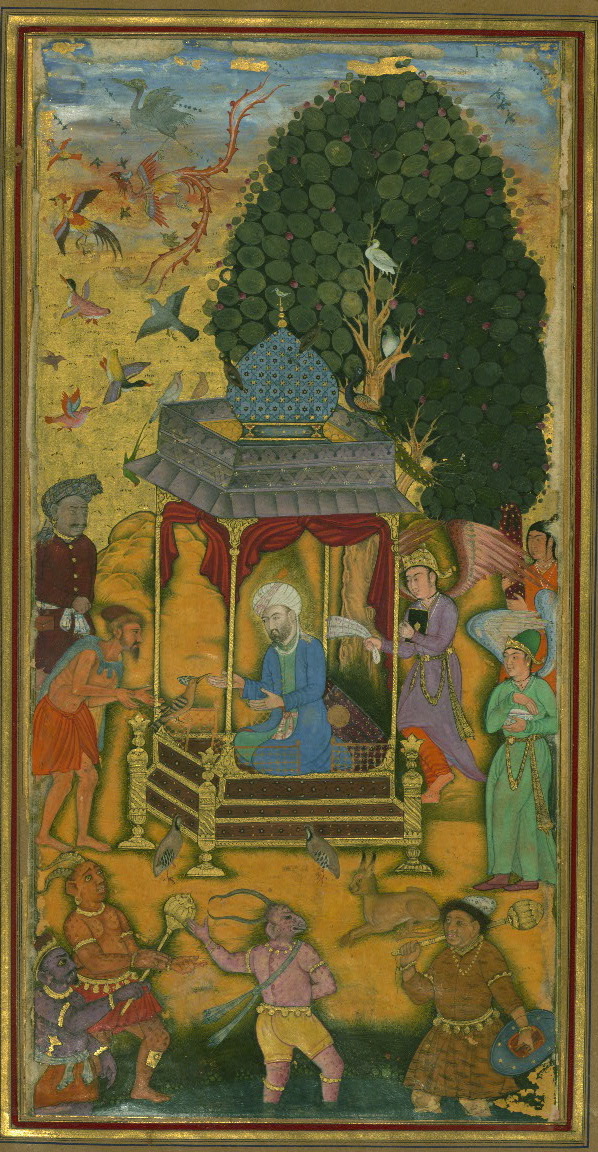