Laura Gibbs · 115. Who Wants to Get Rich?
Nasruddin stood in the village square and shouted loudly for all to hear, "Who wants to get rich?"
A few people gathered around. "We do!" they yelled.
"And who wants to get rich without doing any work?"
More people began to gather around. "We do!" they yelled.
"Tell me, people," Nasruddin shouted even more loudly, "who wants the secret to getting rich without having to do any work at all?"
A crowd of people now filled the square. "We do! We all do!" they yelled.
"I do too!" shouted Nasruddin.
Then he added, "Does anybody here actually know the secret?"


Inspired by: 202 Jokes of Nasreddin Hodja by Her Hakki Mahfuzdur
Notes: This is story 5 in the book. In Nakosteen's version, the people ask Nasruddin why he is asking them about this, and he replies, "I was just curious." For another story about Nasruddin addressing the people, see the story of his three sermons: Let Those Who Know Teach Those Who Don't. 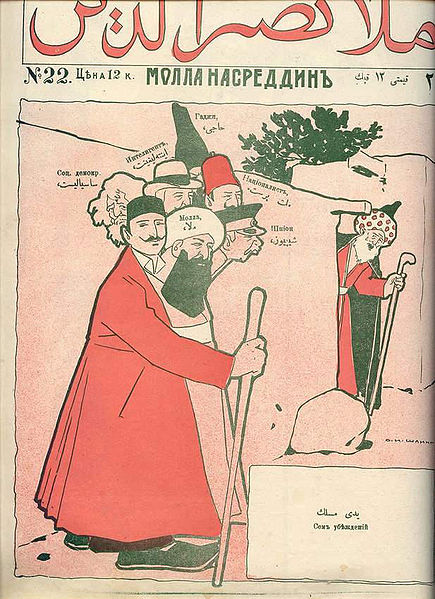