Laura Gibbs · 10. The Lion and the Ram
A ram once strayed from its flock and wandered into the forest.
In the forest there lived a lion who had never seen a ram before.
So when the lion first saw this ram, he stared in amazement. "Look at those horns! That creature might be even more powerful than me!" he thought, and he carefully avoided the ram.
A few days later, though, he saw the ram again. It was eating grass.
"This creature is a grass-eater!" said the lion to himself. "It is surely no match for me."
The lion then sprang on the ram and killed it.
Inspired by: The Panchatantra, translated by Arthur Ryder. It is in Book 1, Story 23.
Notes: Compare the Aesop's fable about the camel: The First Appearance of the Camel. 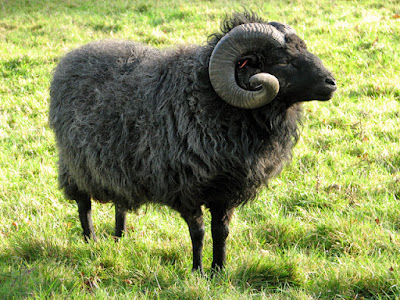