75. The Donkey and the Tiger-Skin

Laura Gibbs · 75. The Donkey and the Tiger-Skin
There was a laundryman who had a donkey.
One day, the laundryman found a tiger-skin in the jungle and put the tiger-skin on his donkey.
"The farmers will be afraid of my tiger," he thought.
Wearing the tiger-skin, the donkey was able to graze in the barley-fields at night, getting fat on the farmers' barley.
But one night, the donkey heard the bray of a she-donkey, and he could not resist: he also started to bray!
The farmers realized this was not a tiger, but a donkey, so they beat the poor donkey and drove him away from their fields.
Inspired by: The Panchatantra, translated by Arthur Ryder. It is in Book 4, Story 8.
Notes: This also appears as a Jataka tale: A Dressed-Up Donkey. 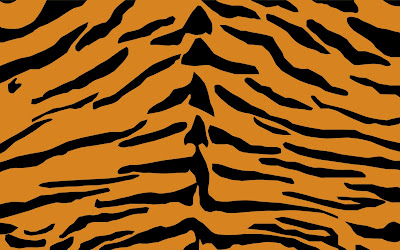