Inspired by: The Jataka, translated by W.H.D. Rouse.
Notes: This is the Sihacamma Jataka. A similar story also appears in Aesop's fables: The Donkey in the Lion's Skin.

Here is an illustration by John Batten: 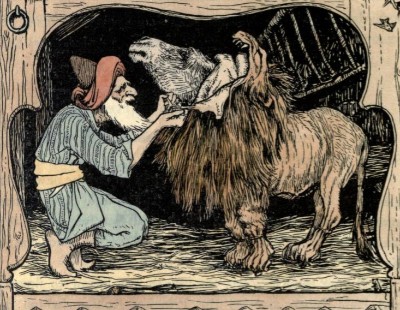