Laura Gibbs · 42. The Crane and the Fish
The lake was drying up.
"Don’t worry, fish-friends!" said a crane. "I'll carry you to my home, a big lake nearby."
"Thank you!' said the fish, and she carried them off one by one.
But the crane wasn't relocating the fish; she was devouring them.
Finally only a crab remained.
"Come on!" said the crane.
Then, as they were landing, the crab looked down and saw fishbones, so he grabbed the crane's neck with his pincers.
"Let go!" the crane said, but the crab squeezed.
SNAP!
The crane died, and the crab lived happily ever after in the big lake.
Inspired by: The Jataka, translated by Robert Chalmers.
Notes: This is a Baka Jataka. This story is also found in the Panchatantra and derived texts (where it is part of Book 1, Story 9). The story is also included in Raju's Indian Fables. For another Baka Jataka, see the story of the fish and the sleeping crane. Here is an illustration by Ellsworth Young: 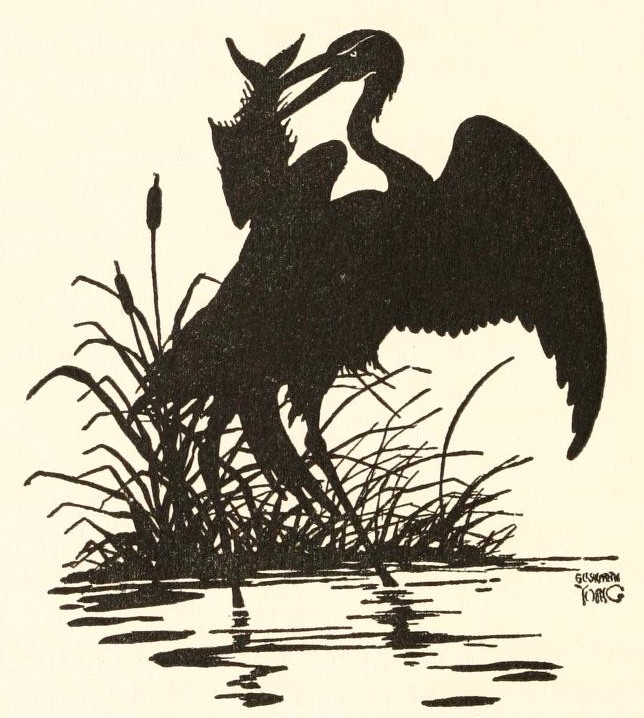 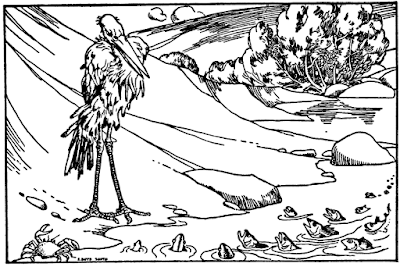