Laura Gibbs · 113. The Angel with the Golden Coins
Nasruddin had a dream. In his dream, an angel was counting golden coins into Nasruddin's hand, one at a time. One, two, three, four, five, six, seven, eight… finally the angel had counted out nine coins.
"If you could give me ten coins," Nasruddin said to the angel, "I would be able to pay all my debts."
The angel then looked at him angrily and disappeared.
Nasruddin awoke from his dream. He looked, and saw there were no golden coins in his hand.
"Come back, angel!" shouted Nasruddin. "Please come back! I've thought it over, and I'll take the nine!"


Inspired by: The Exploits of the Incomparable Mulla Nasrudin by Idries Shah, free to read online at the Idries Shah Foundation.
Notes: This is story 56 in the book. You can read about angels in Islam at Wikipedia. In the Persian version reported by Nakosteen, Nasruddin dreamed it was a banker offering him the coins: the banker offered silver coins, but Nasruddin demanded gold, and that is when he woke up and realized he should have been satisfied with the silver coins. 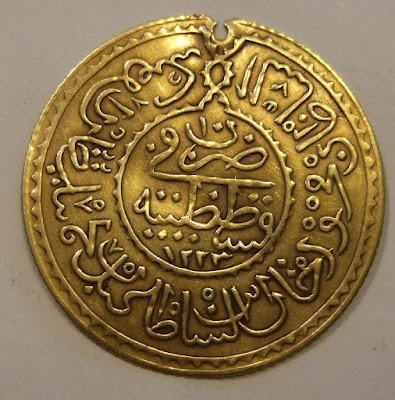