Laura Gibbs · 2. Nasruddin Shares the Donkey's Load
Nasruddin had gone into the forest to chop wood.
At day's end, he bundled up the wood but, instead of putting the bundle on the donkey, he put the bundle on his own head. He then clambered up on the donkey and rode into town.
"Nasruddin!" shouted one of his friends. "Why are you carrying that bundle of wood there on your head? Doesn't it hurt?"
"It does hurt," Nasruddin admitted, "but I wanted to help share the load."
"I still don't understand," said Nasruddin's friend, looking puzzled.
"The donkey is carrying me," explained Nasruddin, "but I'm carrying the wood."

Inspired by: The Exploits of the Incomparable Mulla Nasrudin by Idries Shah, free to read online at the Idries Shah Foundation.
Notes: This is story 16 in the book. Other versions of the story have Nasruddin carrying a load of potatoes, a sack of grain, etc. Compare the story of Nasruddin sitting on top of the wood: Distributing the Weight. 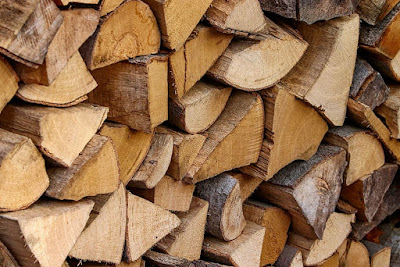