Human crocodiles lived in the Nile, and they would raid the riverbank villages. The people called them by the name "mashur."
A certain villager saw his cucumbers were disappearing, so he hid that night in his garden and watched. He caught a mashur and began to beat it.
"Spare me!" shouted the human crocodile. "I'll never steal again."
The villager let him go. The mashur kept his promise, and even told other human crocodiles to stop their raids. He also brought fish to the villager every night, leaving it in the man's garden where he found the fish each morning.
Inspired by: "The Human Crocodiles" in Cairene and Upper Egyptian Folk-Lore by A. H. Sayce, in Folklore, 1920
Notes: You can read the original story online. The story does not give any specific details about the difference between the human crocodile and the regular kind. 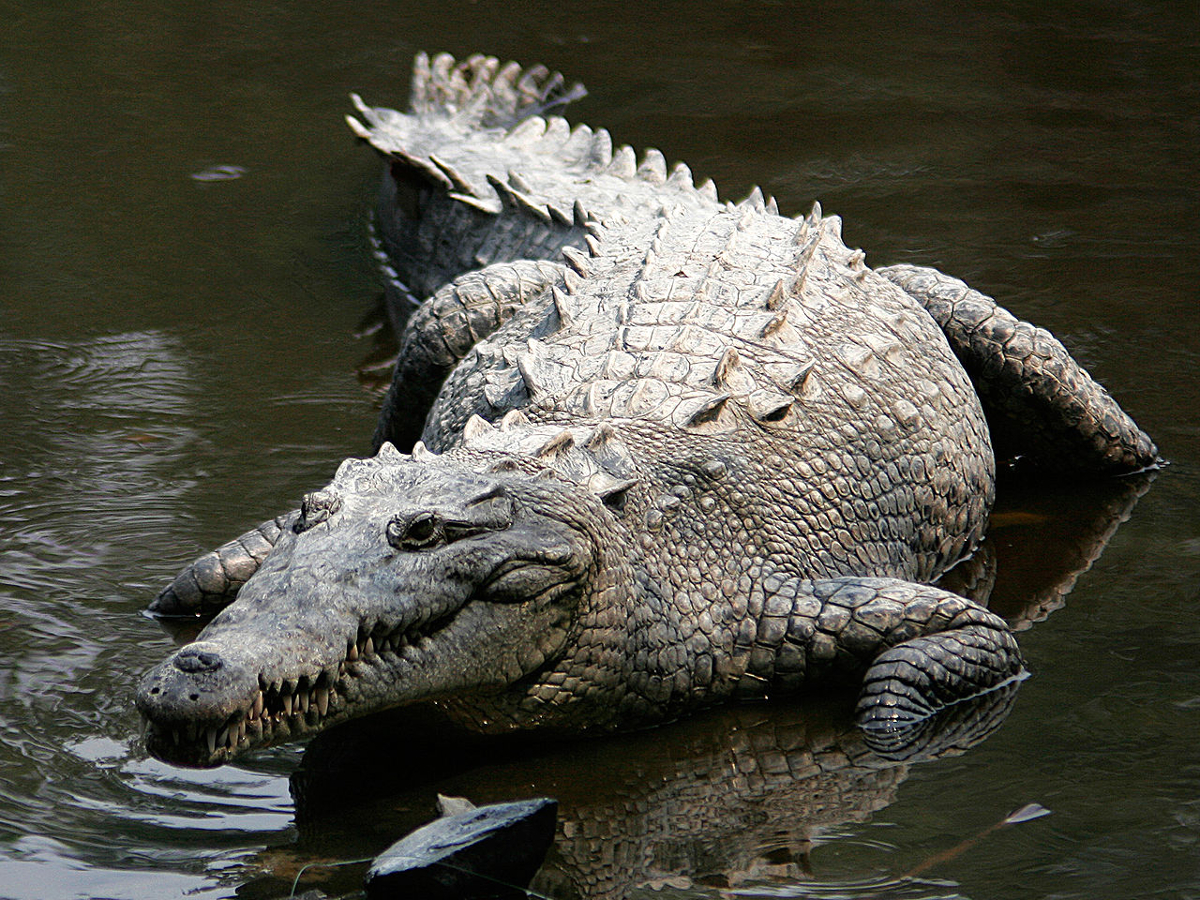 Email ThisBlogThis!Share to TwitterShare to FacebookShare to Pinterest
Labels: African, African: Crocodile, African: not in book, book: no, need sheet