The Rabbit and the Pythons

Rabbit was on the run; Pythons were chasing him.
"Help!" Rabbit shouted to Elephant. "Save me from the Pythons!"
But Elephant was afraid. "I can't help you," he said.
Likewise Buffalo, Leopard, Rhino, all the big animals; they wouldn't help Rabbit.
"I'll help you," said Cricket. "Be quick: dig two burrows, and hide in one."
Just as Rabbit hid himself, the Pythons arrived. "Where's Rabbit?" they shouted.
"He's in there!" said Cricket, pointing to the empty burrow.
The Pythons slithered inside, and then Cricket poured boiling water into the burrow and killed them all.
That's how little Cricket saved Rabbit.
Inspired by: "The Rabbit and the Python" in Umbundu Tales, Angola, Southwest Africa (in Journal of American Folklore) by William C. Bell, 1922, which contains the Umbundu text and the English translation.
Notes: You can read the original story online. The story starts out with a baby-exchange between rabbit and python (but pythons can't nurse baby rabbits); it never really explains what happens to the baby pythons, though, so I left that out. 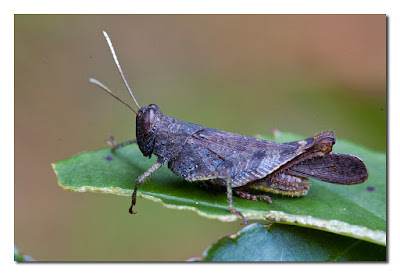