The Meat of a Mouse's Tail

Two poor men were arguing. "I really know how to make meat last," said one.
"Show me!" replied the other.
The first man took a mouse, pulled off its tail, and ate the tail bit by bit with his bread. "I'm full!" he announced, and some of the mouse-tail was still left.
Then the other took a small piece of meat, skewered it, and put it over the fire. He caught the dripping fat on his bread, drop by drop, and ate. "I'm full!" he announced.
The first man admitted, "You do know how to make the meat last longer!"

Inspired by: "The Gwari and the Bassa"  in Hausa Tales and Traditions, volume 1, by Neil Skinner, 1969.
Notes: You can read the original story online. This story is originally told about two ethnic characters; I changed it to be just two men, one poor and the other even more poor. 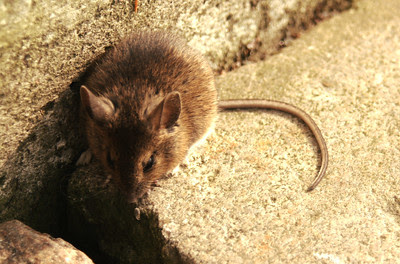