The Hyena and the Chisel

When Hyena and his wife were prowling in the blacksmith's yard, Hyena found a big chisel and swallowed it; then he sank down on the ground.
"Come, husband!' said his wife. "It's nearly dawn."
But Hyena couldn't move. He couldn't speak.
Becoming impatient, his wife ran home.
Dawn broke, and the people came and found Hyena in the yard. They beat him, hard, and he coughed up the chisel which hit the blacksmith, breaking his leg.
The blacksmith wanted to kill Hyena, but now Hyena could run, and he ran home as fast as he could, leaving the people behind.
Inspired by: "Hyena and His Wife" in Kamba Folklore. I: Tales of Animals by Gerhard Lindblom, 1928.
Notes: You can read the original story online. The story ends with a funny account by the hyena to his wife of what he was thinking and what happened after she left. The story also tells us that Mrs. Hyena ate just little bits of food that she found, unlike her greedy husband. 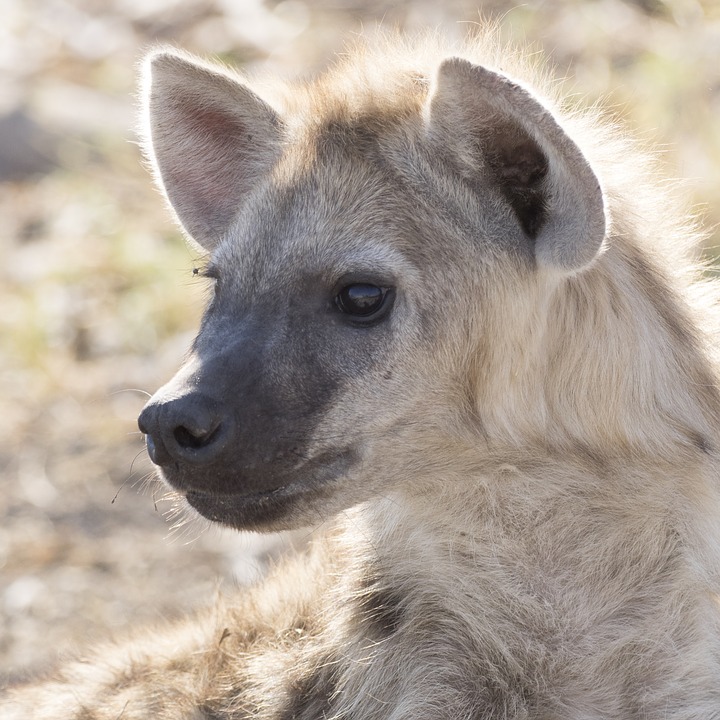