How Spider Got Meat

"I'll die if I don't get some meat to eat," Spider told his wife. "Summon the animals to come help plow my fields; promise that I'll do the same for them."
So the animals came: Elephant, Buffalo, Leopard, Gazelle, Duiker, Rabbit, all the animals, big and small.
Spider, meanwhile, hid in the leaves. When the animals arrived, he screamed and shouted, making dreadful noises.
"It's a demon!" yelled Elephant.
As Elephant fled in terror, he trampled Buffalo, who trampled Leopard, who trampled Gazelle, who trampled Duiker, who trampled Hare.
So Mr. and Mrs. Spider had plenty of meat to eat!
Inspired by: "Spider and The Beasts of the Bush" in Hausa Tales and Traditions, volume 1, by Neil Skinner, 1969.
Notes: You can read the original story online. Compare this Hausa story about Spider's funeral. 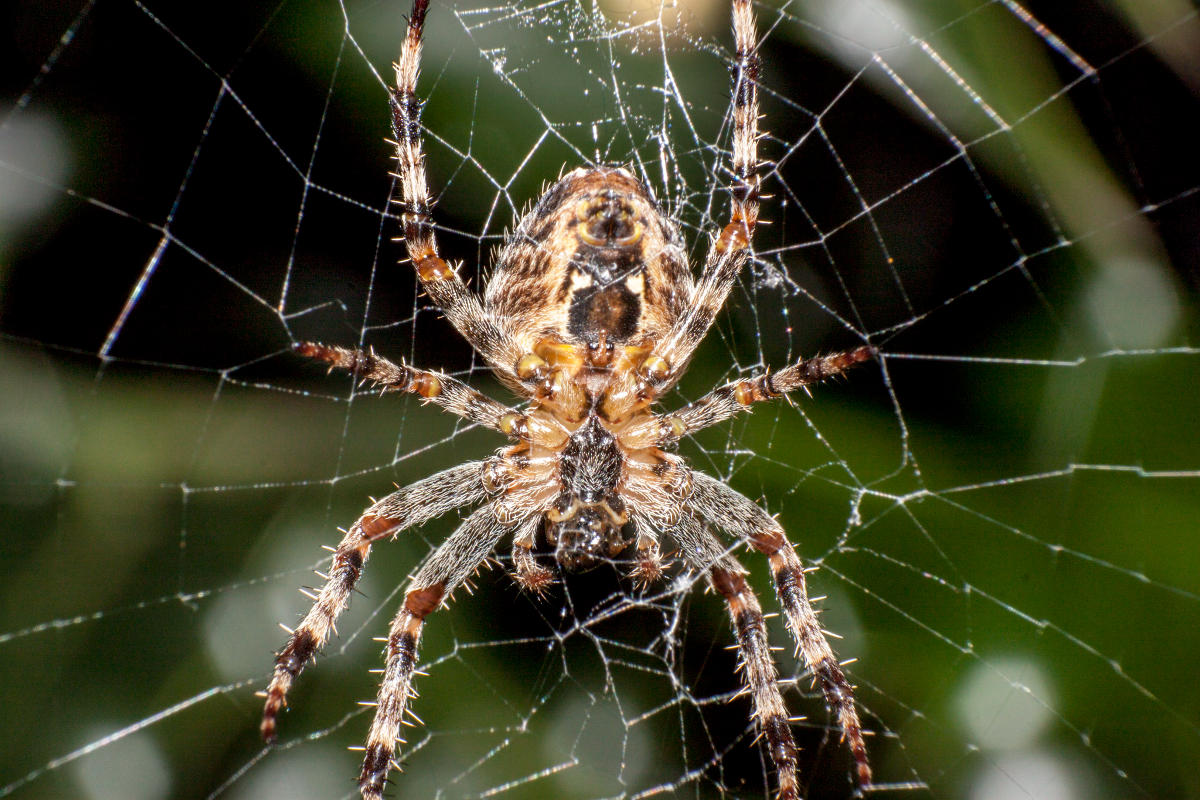