The Rabbit and the Squirrel

"Loan me your tail," Squirrel said to Rabbit. "I'll give it back; I promise!"
Rabbit agreed. "Just for one week," he said, giving his tail to Squirrel.
Squirrel's friends all admired his tail. "It suits you perfectly!" they said approvingly.
A week passed.
Squirrel did not return the tail.
Rabbit shouted at Squirrel up in a tree, "Give me my tail back! You promised!"
"If you want your tail, you'll have to climb this tree," Squirrel said, laughing.
Rabbit was so embarrassed to be without a tail that he went to live in the rocks, where he still lives today.
Inspired by: "How Squirrel Robbed Coney of his Tail" in The Ila-Speaking Peoples Of Northern Rhodesia, Volume 2 by Edwin Smith and Andrew Murray Dale, 1920.
Notes: You can read the original story online. The original story makes a point of squirrel and rabbit being brothers-in-law. 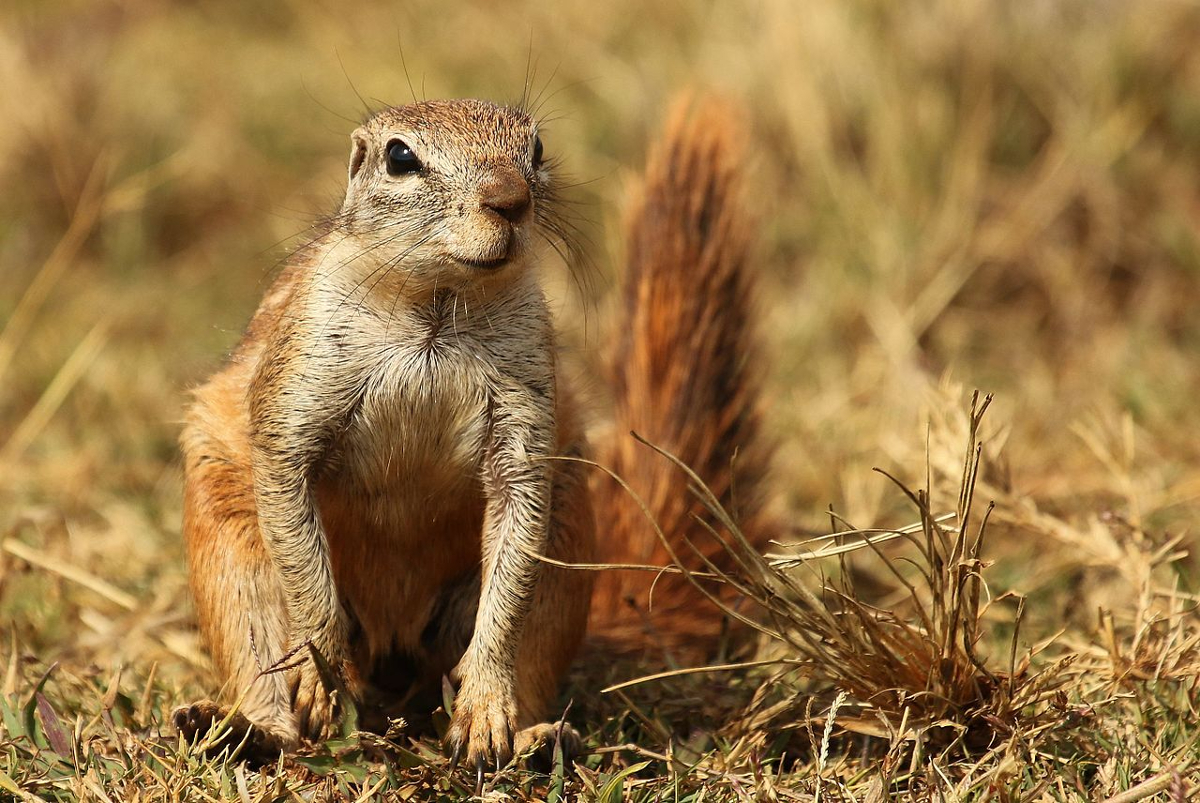