Robin, King of the Birds

Robin was once the biggest of all the birds, so they made him their king.
Then King Robin declared, "We will build nests not in summer-time but in winter-time."
The birds obeyed; when winter came, they nested in the trees.
King Robin, meanwhile, nested under an overhanging rock.
Winter hail destroyed all the nests in the trees; only the King Robin's nest survived.
When the other birds complained to their king, he just laughed.
This made the other birds angry. They pecked and pecked so that now Robin is only a small bird, and he is not their king anymore.
Inspired by: "The Beauty of the Partridge" in African Genesis by Leo Frobenius; English translation published in 1966 by D. C. Fox. This is a Kabyle folktale from northern Africa.
Notes: You can read the original story online. 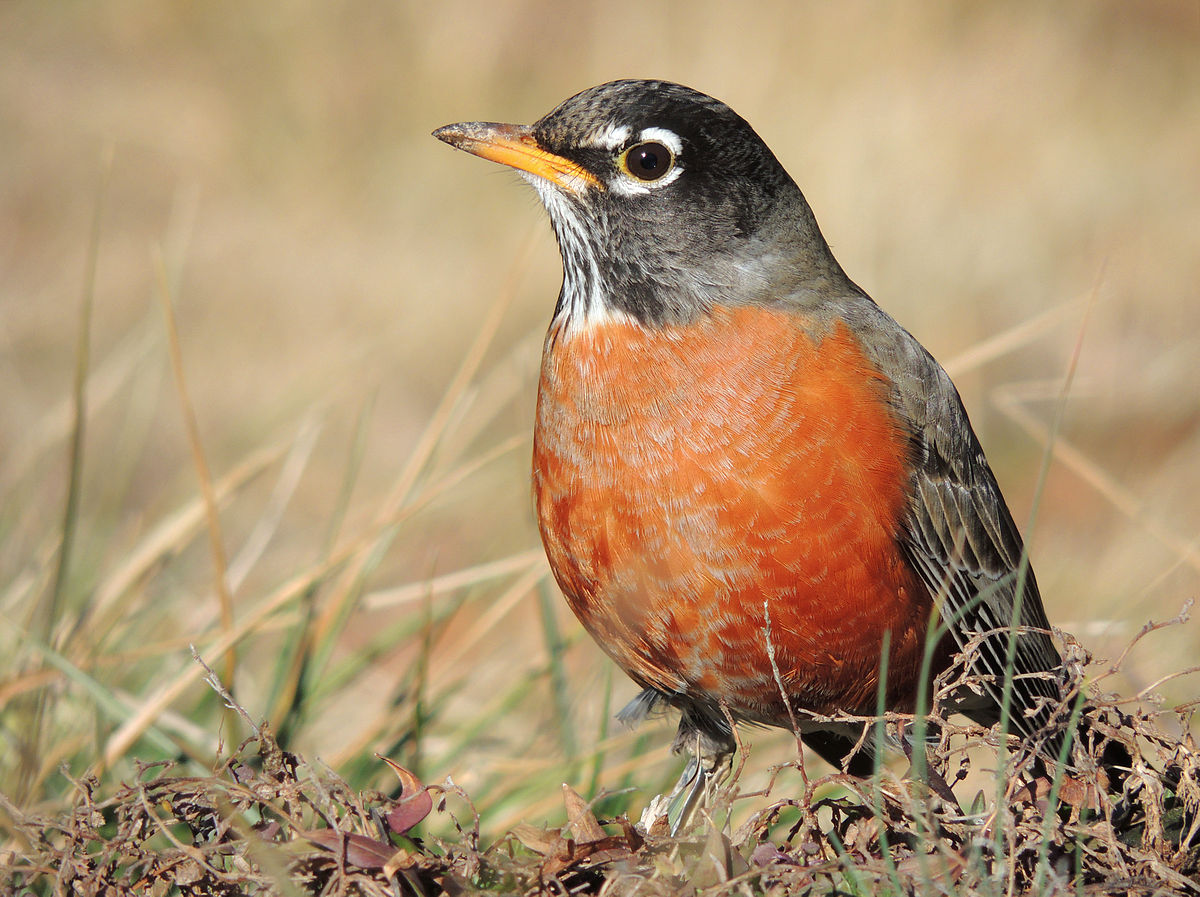