16. The Lion and the Monkey

"Help!" yelled Lion, trapped in a pit.
Monkey walked by.
"Rescue me, and I'll make you rich, Monkey!"
Monkey helped Lion out and said, "Now make me rich."
"I've got to eat first," roared Lion. "Give me something to eat!"
"I don't have any food to give you."
"Give me some of your tail!" said Lion. "It's long; there's plenty to spare."
"But..."
Lion grabbed Monkey's tail. "Or I could just kill you!" he snarled.
"Curse you, Lion!" said Monkey. "You'll never catch another monkey."
Then Lion killed and ate Monkey; since then, monkeys live in trees, safe from lions.
[a Vai story from Liberia]
Inspired by: "The Lion, The Fox, and the Monkey" in Negro Culture In West Africa by George Ellis, 1914.
Notes: You can read the original story online. These are Vai stories from Liberia. The original story also includes the fox as a counterpoint to the monkey, but I could not squeeze that in: "The Lion told the Fox, “If you take me out of this hole, I will make you rich.” The Fox replied that his family had sworn not to go into any hole, and then he went on." 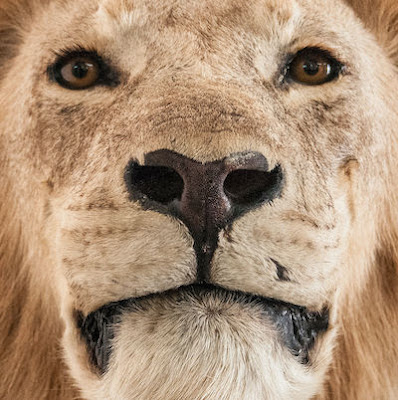