94. The Lion and the Jackal

Lion and Jackal were hunting elands.
Lion shot, but missed; Jackal's shot killed an eland.
"I killed it!" Lion roared.
"Of course," said Jackal.
Later, while Lion slept, Jackal crawled into the eland and began eating.
When Lion awoke, he saw Jackal's tail sticking out of the eland, so he grabbed it and pulled.
"Caught you!" he said. "As punishment, your family will get the worst meat, and now you must take the best meat to my wife and cubs."
"Of course," said Jackal.
But Jackal took all the meat home to his wife and children; Lion's family got nothing.
[a San story from southern Africa]
Inspired by: "Lion, Jackal, and Elands" in The Tati Bushmen (Masarwas) and their Language (in Royal Anthropological Institute of Great Britain and Ireland) by S. S. Dornan, 1917.
Notes: You can read the original story online. 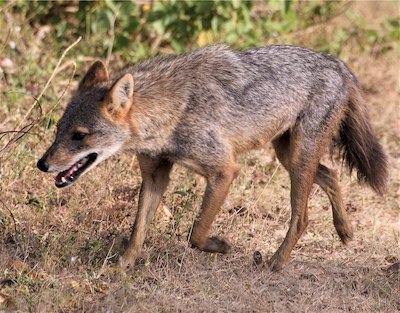 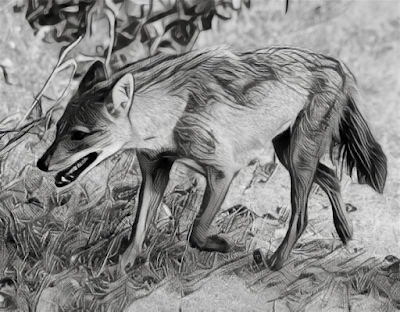