29. The Dove and the Handsome Man

This story comes from the world's beginning.
Dove flew high in the sky, and she saw a man up there. He was very handsome! Dove wanted to marry him, so she brought him food.
He ate, but said nothing.
"Talk to me!" Dove said.
"No!" he said. "And don't make me speak again."
Dove kept pestering him, and when the handsome man spoke again, winds raged and clouds grew dark. Then his eyes opened wide, and light burst forth. His voice boomed.
"I'd never agree to marry a man like that!" shrieked Dove.
That was the first thunder and lightning.
[a story from Liberia]
Inspired by: "The Origin of Thunder and Lightning" in Folktales from Liberia (in Journal of American Folklore) by Richard C. Bundy, 1919.
Notes: You can read the original story online. The dove is called "Tiegbe" in the story. 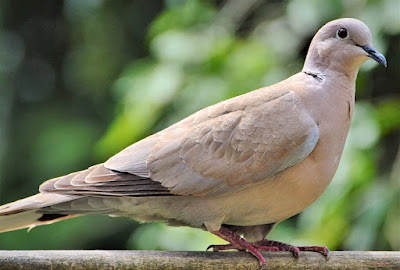