12. The Bird Who Married a Bee

There was once a Bird who went looking for a wife in Bee-town. "I want to get married!' he said.
The Bees agreed, so the Bird married a Bee.
Later, however, the Bees came and stole the Bee-wife away from the Bird.
"Since you stole my wife," shouted the Bird, "I'll help the humans steal your honey."
That is the origin of the Honeyguide Bird who now leads humans to where the Bees have hidden their hives. Then the Honeyguide Bird watches the humans break open the hives to steal the honey.
"That is my revenge!" he chirps. "Revenge! Revenge!"
[an Ila story from Zambia]
Inspired by: "Why Honey-Guide Betrays the Bees to People" in The Ila-Speaking Peoples Of Northern Rhodesia, Volume 2 by Edwin Smith and Andrew Murray Dale, 1920.
Notes: You can read the original story online. See the note for an interesting account of the legend about how the Honeyguide sometimes deceives people, leading them into danger instead of to the hive. This story also appears in a version from Angola here: Honey Guide. 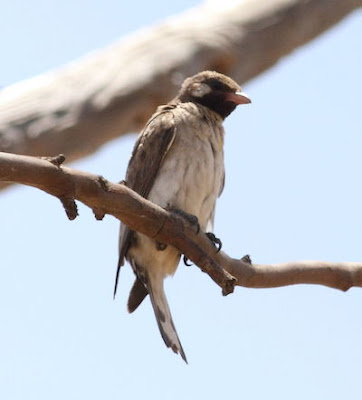 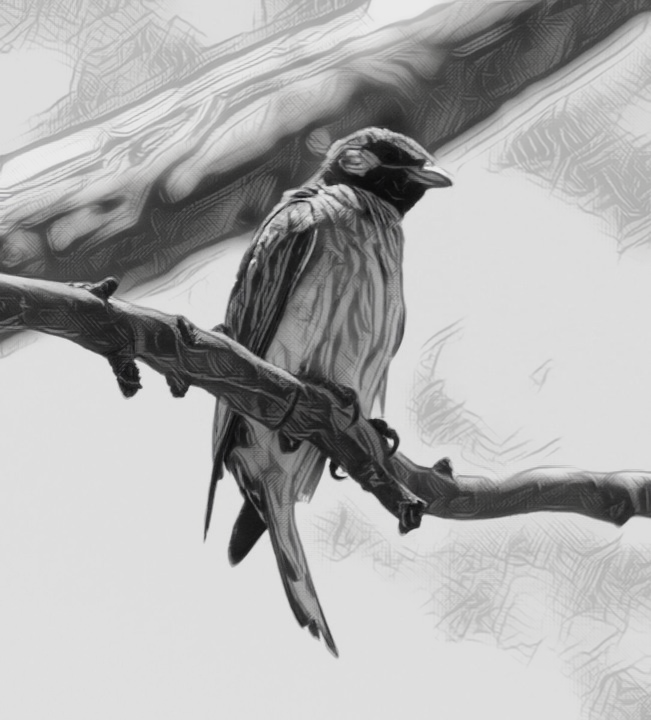