Snake was trapped under a heavy stone.
"Help!" she yelled.
A man freed her; then she hissed, "Now I'll eat you!"
"Not fair!" protested the man. "Let's ask Rabbit."
But Rabbit said, "It's fair."
Snake smiled.
"Let's ask Hyena," said the man.
But Hyena said, "It's fair."
Snake smiled again.
The man was getting desperate. "Let's ask Jackal."
When the man explained the situation, Jackal was confused. "I can't imagine Snake fitting under that stone," he said.
"But I did!" said Snake. "Look!"
The man put the stone back on top of Snake.
"Now leave her there!" said Jackal, smiling.
[a Khoekhoe story from Namibia]
Inspired by: "The Dutchman and the Snake" in Reynard the fox in South Africa; or, Hottentot fables and tales by Wilhelm Bleek, 1864.
Notes: You can read the original story online. Bleek's source was Hans Knudsen, a missionary; you can read more about Knudsen at Wikipedia. The story comes from northern Namaqualand. We'll never know for sure just where this story started, but it is widely told in Africa and in India, and the story passed from India into Europe, and from Africa into the Americas. Now it is famous all over the world! 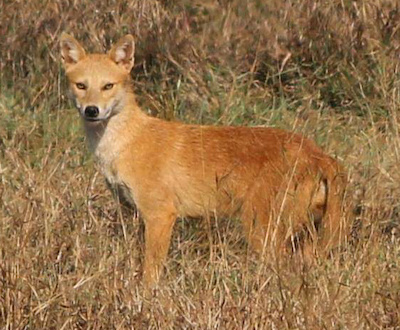 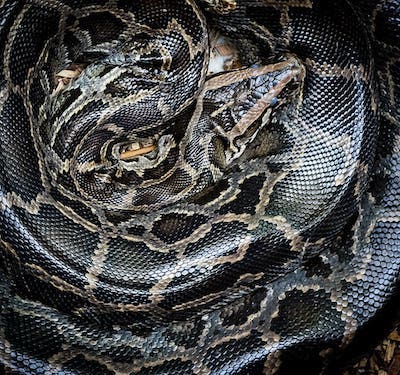