27. The Man Who Didn't Go to Funerals

There was once a man who refused to attend funerals.
Then, when his own child died, he did not know how to prepare the body or where the burial ground was. So he put the child on his head and went about asking, "Where are the graves?"
Nobody would tell him.
He kept on wandering and asking, and as time passed, the dead body decayed and dripped down his nose. He kept asking, "Where are the graves? Ku malembe, kwa-kwa-kwa?"
Eventually he became a hornbill bird with his strange beak and strange cry: "Where are the graves? Ku malembe, kwa-kwa-kwa?"
[a Yao story from Malawi]
Inspired by: "The Story of the Hornbill, Lipomombo" in The Wayao of Nyasaland by Hugh Stannus, 1917.
Notes: You can read the original story online. In the story the man is named Lipomombo, which is the name of a species of hornbill. 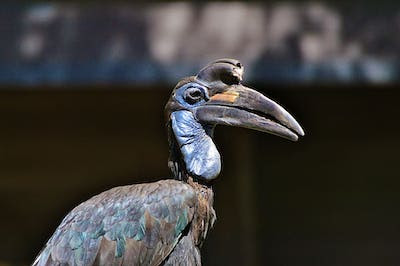 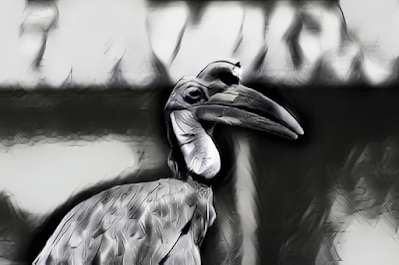