181. The Hyena and the Prophet

God's prophet told the hyena, "Pronounce the Shahada, and eat only what you have killed yourself."
The hyena pronounced the creed and vowed not to eat carrion. She then became the prophet's disciple.
As they were traveling together, the hyena smelled a carcass.
"Daughter of Moses," said the prophet, "remember your vow."
"I just want to sniff at the food of my mothers and fathers," said the hyena.
The hyena sniffed, and then she pounced on the carcass.
The prophet, saddened by his disciple's behavior, left the hyena behind.
Hence the proverb: Your vow is like that of the hyena.
[a Tigray story from northern Ethiopia]
Inspired by: "The Tale of the Hyena and a Moslem Prophet" in Tales, Customs, Names, and Dirges of the Tigre Tribes by Enno Littmann, 1915.
Notes: You can read the original story online. More about the creed of Islam, called the Shahada.
A note from the author: "Daughter of Moses " is a name of the hyena; the word hyena is used as a feminine in Tigrē. The belief that the hyena is a hermaphrodite is also found among the Tigrē speaking people. It is known that the hyena, especially the hyena striata, is an unusually cowardly animal, and that during the day-time he generally hides himself sleeping (cf. the same tale). Sometimes little children are killed and carried away, and single persons, especially women, or persons sleeping are attacked by the hyenas, more by the hyena crocuta, than by the hyena striata. Both are found in Northern Abyssinia; the hyena crocuta is called the chief (baʻal gaş or šūlūl) of the hyenas. 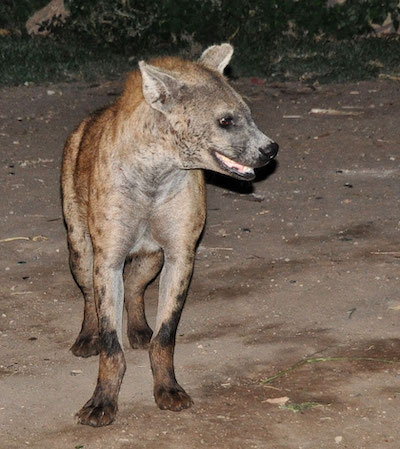 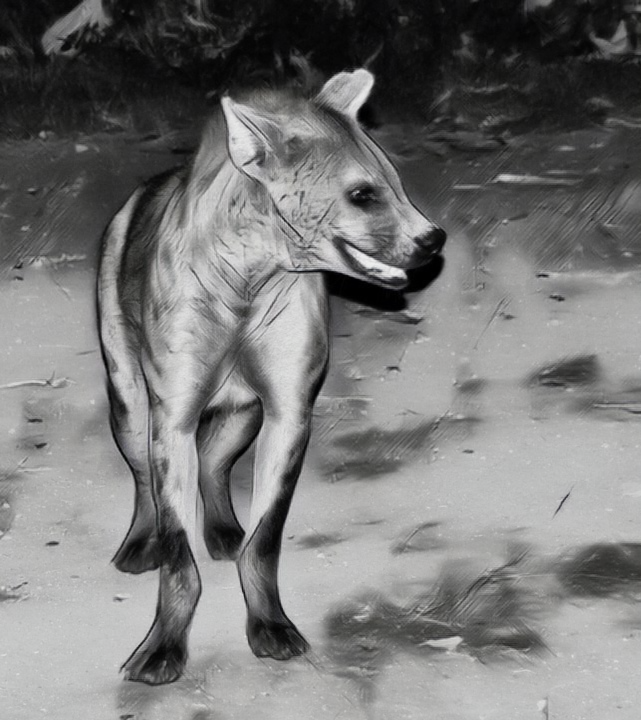