183. The Prophet Joseph and the Birds

To test Joseph, his prophet, God turned the angel Gabriel into a hawk and Michael into a dove.
The hawk chased the dove, who landed on Joseph's shoulder. "Protect me!" she cried.
"I will protect you," said Joseph.
The hawk protested. "But I'm starving!"
Joseph felt the dove trembling with fear.
To resolve the dilemma, Joseph cut flesh from his own thigh, offering it to the hawk. "Eat this instead," he said.
The hawk ate and demanded more, and still more. Joseph complied.
Finally, the two birds flew away.
Pleased by Joseph's generosity of spirit, God healed his thigh completely.
[a Hausa story from northern Nigeria]
Inspired by: "The Hawk, The Dove, and The Prophet" in Hausa Reading Book by L. E. O. Charlton, 1908.
Notes: You can read the original story online. This is an extraordinary adaptation of a traditional legend from India, told both as a Buddhist jataka and also as a wisdom tale included in the Mahabahrata; read more about the King Shibi tradition at Wikipedia. A Muslim storyteller has adapted the tale, and it has ended up here as a Hausa story in Charlton's tetxbook. 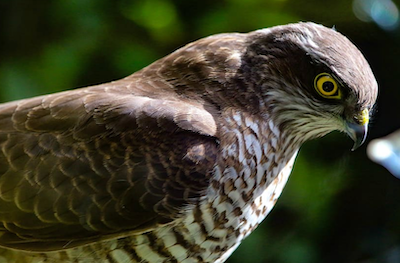 (piqsels)
Here is King Shibi in an illustrated Mahabharata: 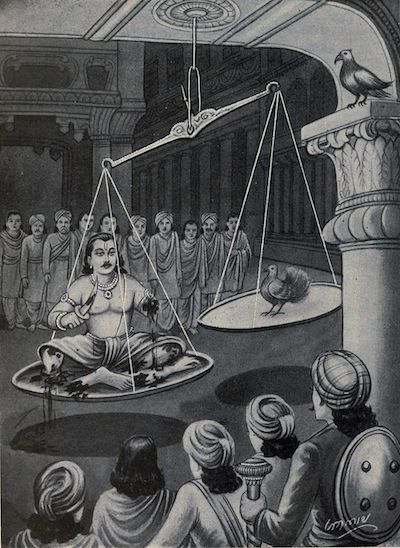