25. The Mosquito and the Ears

One day, Mosquito and the Ears went bathing together in the river.
Afterwards, the Ears rubbed wax on their skin. “It keeps our skin soft,” the Ears said. “Your skin looks very rough, Mosquito. We’ll give you some wax when we’re done.”
Mosquito waited and waited, but when the Ears were done, they put their wax away and went home.
Mosquito followed them. “Give me some wax!” he said.
The Ears told Hands to chase Mosquito away. “Slap him, Hands!” they said.
That’s why Mosquito buzzes in your ear. “I want wax!” he’s saying, and he bites because he’s angry.
[a Mpongwe story from Gabon]
Inspired by: "Why Mosquitoes Buzz" in Where animals talk: west African folk lore tales by Robert H. Nassau, 1912.
Notes: You can read the original story online. This is a Mpongwe story; the mosquito's name is Mbo, while ear is Oroi and hands are Aga. I changed Ear to plural since I didn't know the pronoun gender to use for singular ear. 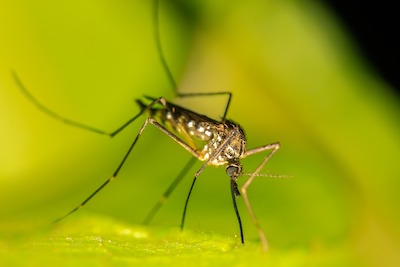