Walking along the riverbank, a rat saw some fish. “Good!” he thought to himself hungrily. “I want some!”
In his eagerness to steal the fish, the rat didn’t notice the fish were in a fish-trap. As he reached into the water to grab the fish, he also got caught in the trap.
“Why have you grabbed hold of me?” shouted the rat. “I have no quarrel with you, and you have none with me.”
“You wanted to steal what I had caught,” replied the trap, “so I caught you too.”
Those who steal from others will be punished as thieves.
[an Igbo story from southern Nigeria]
Inspired by: "A Rat and Some Fish in a Trap" in Among the Ibos of Nigeria by George T. Basden, 1921.
Notes: You can read the original story online. 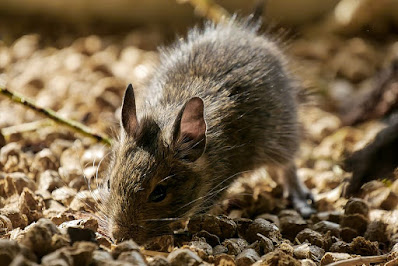