57. When the Jackal and the Hyena Were Servants

Jackal and Hyena together went to work for the same man as his servants.
During the night, Jackal got up and raided the pantry, eating all the lard in the lard-tub. He then scraped out what was left and smeared it on Hyena’s tail while Hyena was fast asleep.
In the morning, the man shouted, “Hey, who ate up all the lard?”
First, he accused Jackal.
“Not me, sir,” protested Jackal. “Not me! Just look at Hyena’s tail, and you will see who is the thief.”
The man then thrashed Hyena till she was nearly dead, while Jackal just laughed.
[a Khoekhoe story from Namibia]
Inspired by: "Which Was the Thief?" in Reynard the fox in South Africa; or, Hottentot fables and tales by Wilhelm Bleek, 1864.
Notes: This motif of the smeared fat as (false) evidence is a common motif used by tricksters like jackal. You can read the original story online. Bleek had the story from a book first published in 1838: James E. Alexander's Expedition of Discovery into the Interior of Africa. He collected the story in the vicinity of the Orange River; he did not give the name of the storyteller. See also the version reported by Dornan: Jackal and Hyena. 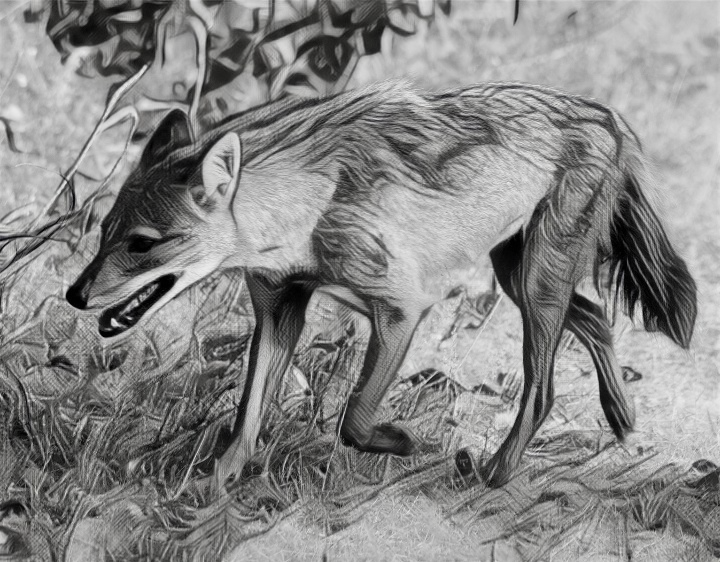