Badger was leading Fox to the court of the lion-king where she was to be hanged. "Confess your sins before you leave this world," said Badger.
"I've stolen and killed many chickens," said Fox. Then, thinking her life was almost over, she added, "I swear to God I'll never do it again!"
Then, as they were walking, Fox saw a chicken outside a farmer's house. "That way!" said Fox. "That's the way to the lion-king's court!"
"Wicked creature!" said Badger. "You swore you would sin no more!"
"Well, you might remember what I said," replied Fox, "but I'd already forgotten."
Inspired by: Mille Fabulae et Una, a collection of Latin fables that I've edited, free to read online. I am not translating the Latin here; instead, I am just telling a 100-word version of the fable.
Notes: This is fable 53. Vulpes et Taxus in the book, which is not in Perry; this is from Jacques de Vitry.. 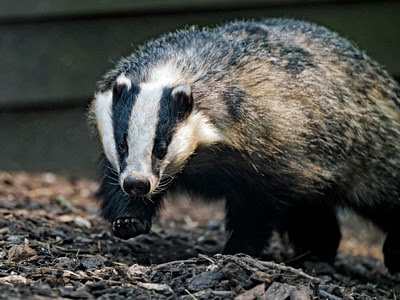