Laura Gibbs · 92. The Story of Savitri
Maitreya then told another story. "King Ashwapati's daughter Savitri chose to marry Satyavan, a prince living in poverty in the forest, supporting his blind father, a king who had lost his kingdom. Even worse: the royal astrologer predicted Satyavan would die in one year. But Savitri loved him, and when Yama took Satyavan to the land of the dead, she followed. 'You cannot follow!' Yama said, but Savitri persisted. Impressed, Yama granted her a wish. 'I want to bear Satyavan's children,' she said. Thus Yama had to restore Satyavan's life, thanks to Savitri."
"I like that story," said Draupadi, smiling.
Inspired by: Jaya: An Illustrated Retelling of the Mahabharata by Devdutt Pattanaik.
Notes: This story is on p. 185. 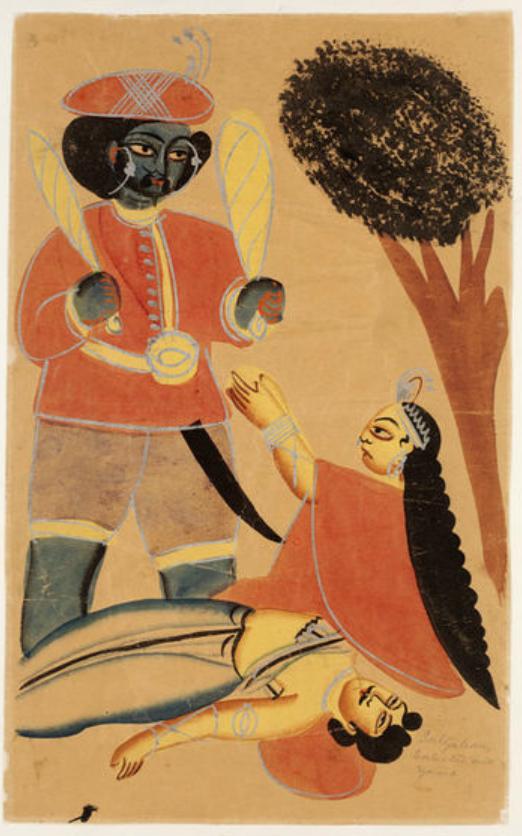