Laura Gibbs · 176. The Pandavas Honor Karna
The Pandavas were stunned when Kunti told them the story of Karna's birth.
Yudhishthira, Bhima, Nakula, and Sahadeva now realized why Karna had spared them on the battlefield; that had been his promise to Kunti.
Arjuna remembered the years he had spent hating Karna, when he should have loved him instead as a brother.
"Why did you not tell us?" Arjuna asked Kunti.
Krishna answered for her. "If she told you, you would not have fought," he said. "But you had to fight. It was dharma. All is as it must be."
Then they honored Karna with a hero's funeral.

Inspired by: Jaya: An Illustrated Retelling of the Mahabharata by Devdutt Pattanaik.
Notes: This story is on p. 298. 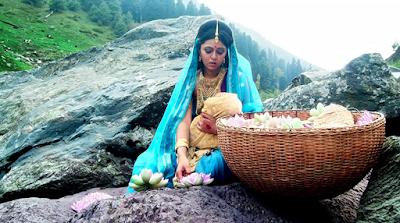