Laura Gibbs · 72. Arjuna Meets Ulupi
After a long day's walk, Arjuna reached a river. Eager to wash the dust off his body, he jumped into the water, but something grabbed him, pulling him down. Arjuna struggled, but he could not break free.
Then, to his surprise, he saw that it was a beautiful woman who had seized him. "Marry me, Arjuna!" she said. "I am Ulupi, princess of the nagas."
Arjuna made love to Ulupi, and she finally let him go.
Arjuna then continued his journey, forgetting all about her.
But many years later, he would meet their son, Iravan, at the battle of Kurukshetra.
Inspired by: Jaya: An Illustrated Retelling of the Mahabharata by Devdutt Pattanaik.
Notes: This story is on p. 116. 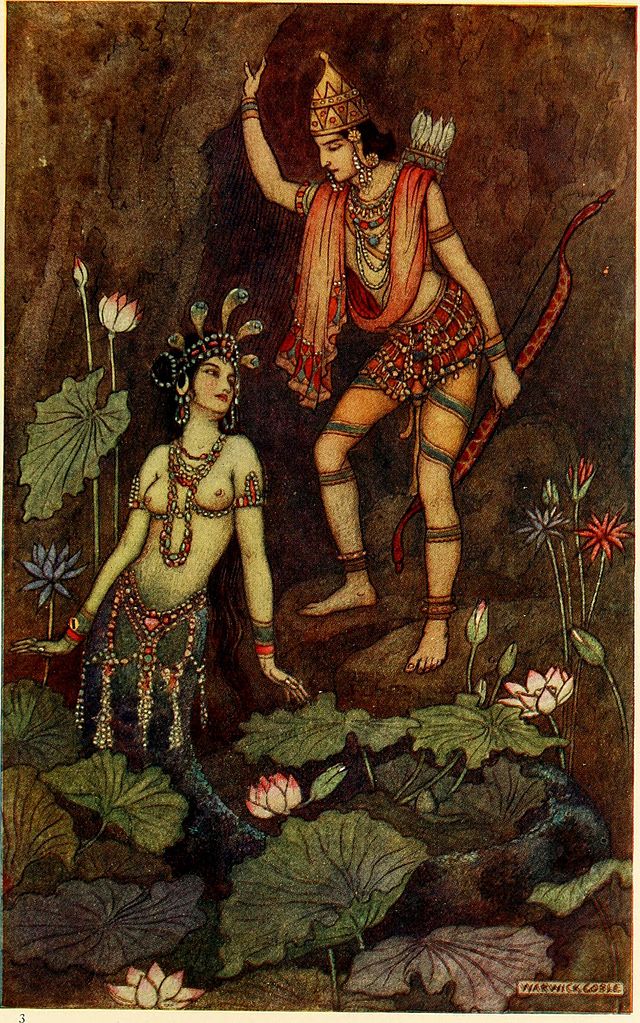