Laura Gibbs · 17. Another Story of Satyavati
Satyavati, who had been born from a fish, became a beautiful young woman, but she smelled like a fish. People called her Matsyagandha, "Fish-Smell," and no man would marry her.
Satyavati worked ferrying people across the river, and one day a rishi named Parashara fell in love with her. "Become my lover," he said, "and I will use my powers to remove your fish-smell, replacing it with a scent no man can resist. I will also restore your virginity afterwards."
Satyavati agreed, and the rishi kept his promise.
Their son was Vyasa.
Yes, the same Vyasa who composed the Mahabharata.
Inspired by: The Mahabharata: A Shortened Modern Prose Version by R. K. Narayan
Notes: This story is from Chapter 1: The Eighth Baby. In Pattanaik's Jaya, p. 35., he comments that the story can be seen in three ways: the exploitation of a young girl by a powerful sage, a tale of sex hospitality, or an attempt by the lovely Satyavati use sex as a way to manipulate the sage to get what she wants. 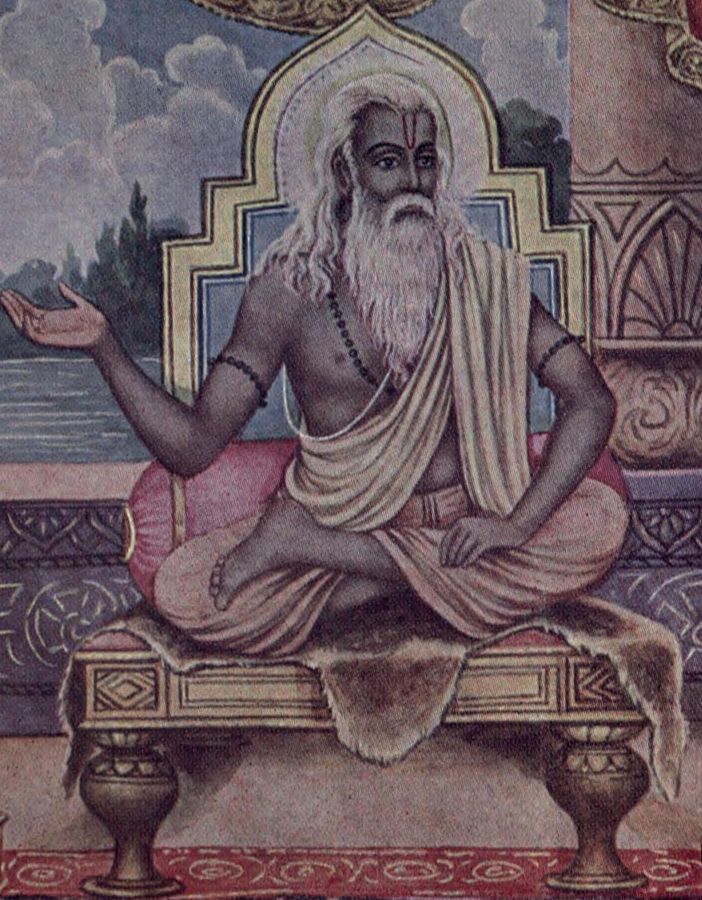