Laura Gibbs · 2. King Shantanu Gets Married
King Shantanu lived in a great palace in Hastinapura, but he had no queen.
One day he went hunting, and by the river he saw a beautiful woman. He loved the woman at first sight. "Marry me!" he said.
"I agree," the woman replied, "under one condition: you must never question my actions."
Shantanu agreed, and they were soon married.
A year later, their first child was born.
On that very day, the queen took the baby to the river and drowned him there.
King Shantanu was stunned, but said nothing.
He kept his promise to never question her actions.
Inspired by: The Mahabharata: A Shortened Modern Prose Version by R. K. Narayan
Notes: This story is from Chapter 1: The Eighth Baby. 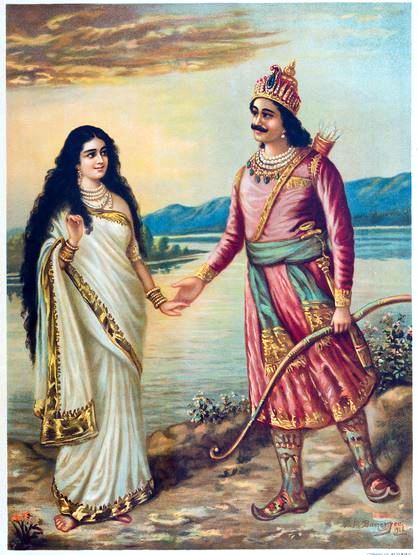