Inspired by: Jamaica Anansi Stories by Martha Warren Beckwith
Notes: This is story 14 in the book. Beckwith heard this story from Samuel Christie; additional information in Beckwith's notes. In the original it was Tacoomah as one of the friends also, but I shortened it by leaving him out. Here are Pamela Colman Smith's illustrations: 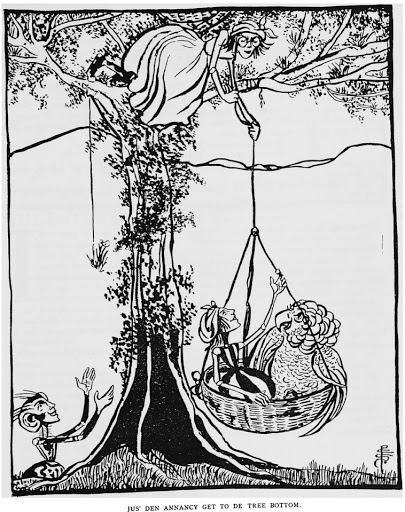