Laura Gibbs · 134. Indra's Parrot and Yama
Indra, King of the Gods, had a pet parrot.
"Yama, God of Death, is coming!" announced Indra's gatekeepers.
The parrot hid behind Indra, quaking with fear.
"What's wrong?" asked Indra.
"I fear Yama!" squawked the parrot.
Yama arrived.
"Greetings!" said Indra. "And please, I beg you: don't kill my parrot!"
"I decide nothing," said Yama. "That is for Kala, God of Time."
"Did you hear that, parrot?" said Indra. "Come out now; it's safe."
The parrot came out, and as soon as he beheld Yama, he died of fright.
"I did nothing!" Yama protested. "It must have been his time."
Inspired by: The Panchatantra, translated by Arthur Ryder.
Notes: It is in Book 1, Story 27. In the full version of the story, Indra and the parrot actually go visit Kala. You can read about Indra, Yama, and Kala at Wikipedia. 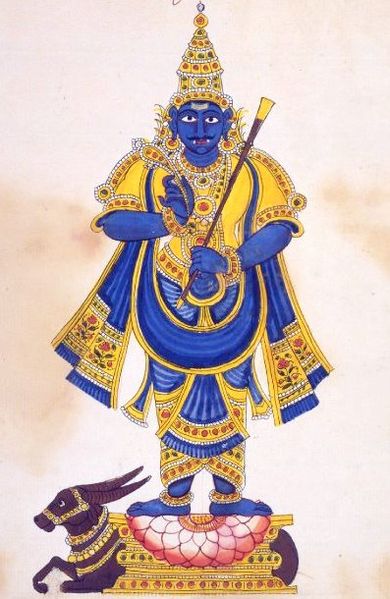