Laura Gibbs · 68. King Ibrahim Hears the Voice
King Ibrahim ibn-Adham was a skilled horseman and hunter.
One day as he chased a deer, he heard a voice shout, "O Ibrahim, were you created for this?"
He thought he was imagining things, and he continued the chase.
Then he heard the voice again. "Were you created for this?"
He continued the chase.
A third time: "I did not create you for this!"
Ibrahim was shaken. "I do not know why God created me," he realized, "but I will not rest until I know."
He renounced the throne and became a Sufi, dwelling in the ruins of the desert.

Inspired by: Sufi Stories from Around the World by Debjani Chatterjee
Notes: This is story 5 in the book. You can read more about Ibrahim-ibn-Adham at Wikipedia. 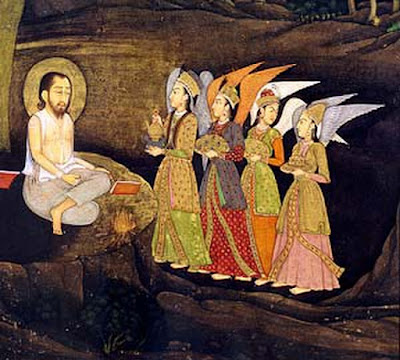