Laura Gibbs · 47. What the Quarrel Was About
Nasruddin and his wife awoke to the sound of men quarreling outside. The shouting got louder and louder.
"I'll go see what they are quarreling about," said Nasruddin.
He then lit a lamp and went downstairs.
His wife heard him open the front door. Almost immediately, the shouting stopped. She wondered what Nasruddin had said to stop the quarrel so quickly.
"What happened?" she asked when he came back to bed.
"When I opened the door, one of them grabbed my lamp, and then they both ran off," Nasruddin replied. "I suppose they must have been quarreling about my lamp!"


Inspired by: 200+ Mullah Nasruddin Stories and Jokes by Rodney Ohebsion
Notes: This is story 61 in the book. In some versions, Nasruddin wraps himself up in his blanket or quilt and goes downstairs, and the men steal his blanket, leaving Nasruddin standing there naked. 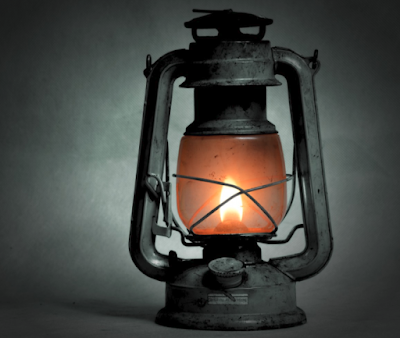