73. The Turtle and the Two Birds

Laura Gibbs · 73. The Turtle and the Two Birds
A turtle once befriended two birds, and the three friends lived together at a lake.
The lake was drying up, so the birds offered to carry the turtle away.
“You bite the middle of this stick, and we'll carry the ends in our beaks," they said. "But you must keep your mouth closed. Don't open your mouth, okay?”
“Okay!” the turtle said.
They soared into the sky: the plan worked!
But then people on the ground started laughing.
"That turtle looks ridiculous up there!" they said.
The turtle opened his mouth to rebuke them and thus plunged to his death.
Inspired by: The Jataka, translated by W.H.D. Rouse.
Notes: The Kacchapa Jataka. There is a Wikipedia article about the spread of this story from India to other traditions, and there is a collection of versions here: The Tortoise That Wanted to Fly. There is a version in the Panchatantra also, Book 1, Story 19.

Here is an illustration by Ellsworth Young: 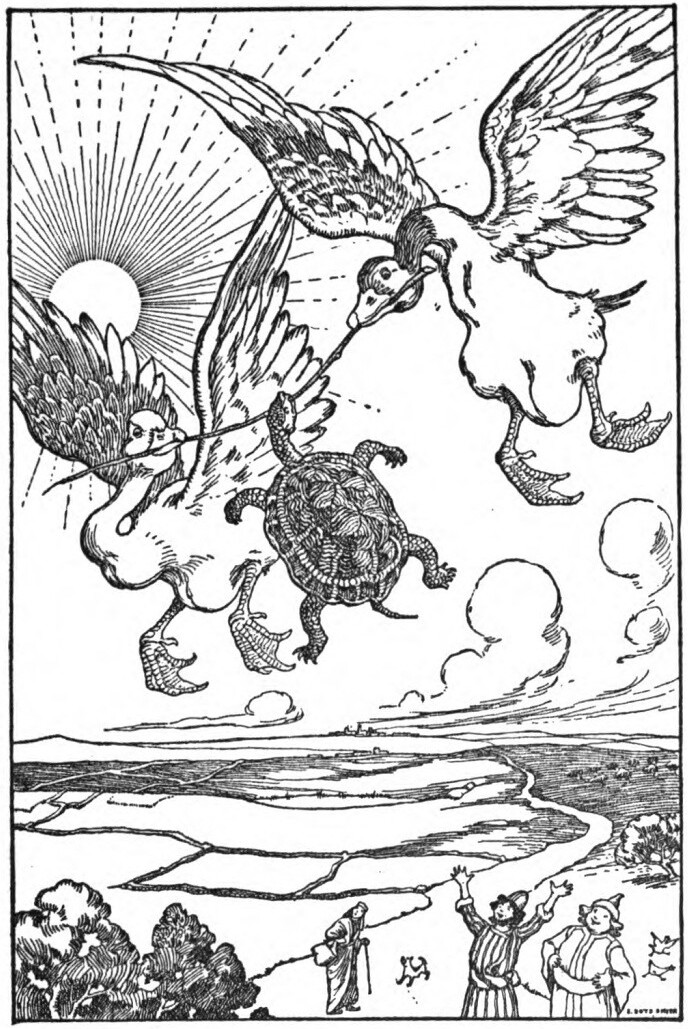