Laura Gibbs · 162. The Turban of a Scholar
People who could not read would sometimes bring letters to Nasruddin so that he could read the letters to them.
One man had brought Nasruddin a letter to read, but the handwriting was terrible.
"This is the worst handwriting I have ever seen," said Nasruddin. "I can't read this letter."
The man was indignant. "You wear the turban of a scholar, but you can't even read a simple letter from my brother."
Nasruddin pulled the turban off his head and threw it at the man. "Go ahead! Take the turban," he said, "and see if you can do any better!"
Inspired by: 202 Jokes of Nasreddin Hodja by Her Hakki Mahfuzdur
Notes: This is story 68 in the book. In other versions, it's not the handwriting that is the problem; instead, the letter is in a foreign language: Persian, Arabic, etc. that Nasruddin cannot read. Also, in some versions, it's the robe and the turban of the scholar, so Nasruddin ends up taking off both! 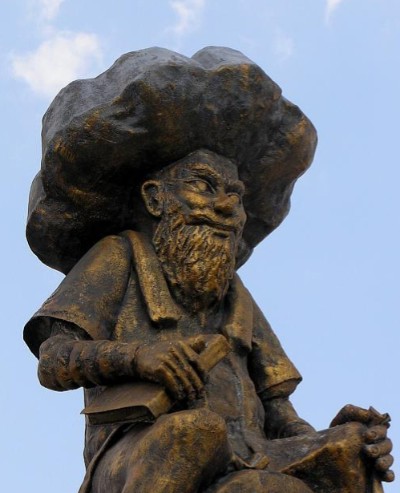