99. The Buddha and the Mantra

Laura Gibbs · 99. The Buddha and the Mantra
The Buddha had taught one of his young disciples a mantra for bringing the dead to life.
"Use it carefully," the Buddha warned him.
Later on, the young man, together with some other disciples, went into the jungle. There they found a dead tiger.
"I will bring this dead tiger to life!" the disciple shouted, and then he spoke the mantra.
A living tiger sprang up, killed the young disciple, and ran off.
The other disciples returned to the Buddha and told him what had happened.
"Before people do favors for villains," the Buddha said, "they should consider the outcome."
Inspired by: The Jataka, translated by Robert Chalmers.
Notes: This is the Sanjiva Jataka. You can read more at Wikipedia about mantras and also about the legend of a plant called sanjivani.. 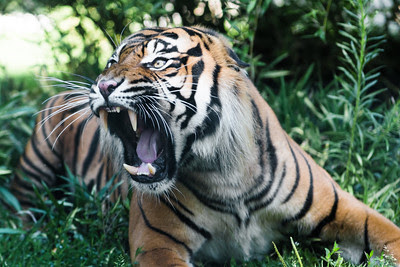