1. The Lion and the Rabbit

Laura Gibbs · 1. The Lion and the Rabbit
Every day, the lion demanded that the animals send him a victim to eat.
One day, it was the rabbit's turn. The rabbit took his time on the way, thinking of a plan to escape the lion.
"Why are you late?" the lion roared.
"My apologies," said the rabbit. "I saw an even bigger lion, and I was frightened."
"Show me!" the lion commanded.
The rabbit took the lion to a well. "The lion's in there," said the rabbit.
The lion looked in and saw the other lion. Infuriated, he jumped in the well and drowned, attacking his own reflection.
Inspired by: The Panchatantra, translated by Arthur Ryder. It is in Book 1, Story 10. Rumi includes the story also (Arberry, Masnavi Tales 5). This story is told about a tiger and a rabbit in Raju's Indian Fables.
Notes: There are many stories about animals being fooled by reflections in the water as the lion is here. Compare the famous Aesop's fable about the dog crossing the stream: The Dog and the Shadow. 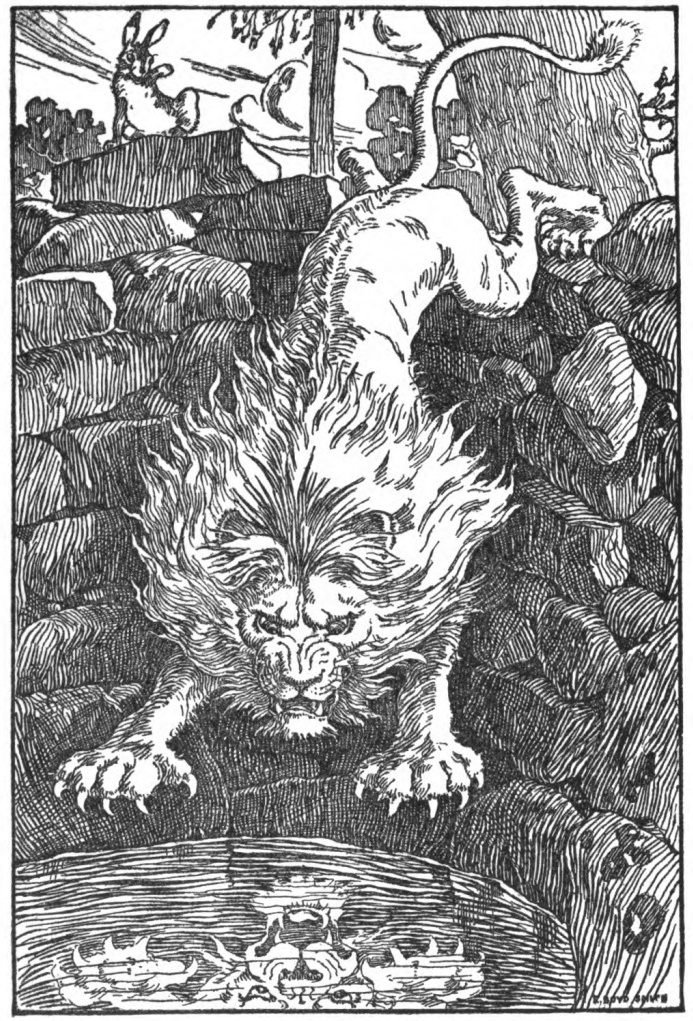