64. The Gadfly and the Lion

Laura Gibbs · 64. The Gadfly and the Lion
A gadfly found a lion sleeping in his den. She bit the lion's lip and drank his blood.
The lion awoke and grabbed the gadfly.
"Mercy!" begged the gadfly. "Let me go and I'll do you a favor someday."
The lion scoffed at the idea of a gadfly doing him a favor, but he let the creature go.
Some days later, the gadfly saw hunters creeping towards the lion's den. She once again bit the lion, waking him. "You must go," shouted the gadly, "or else the hunters will trap you here!"
The lion thus escaped, thanks to a gadfly.
Inspired by: Indian Fables by Ramaswami Raju.
Notes: Compare the famous Aesop's fable about the lion and the mouse. I changed the gadfly's gender; in Raju's story, the gadfly is a "he" but it was easier to tell the story with the different genders. Plus, I like the idea of a lady gadly! For more about gadflies, see Wikipedia: Horse-Fly. 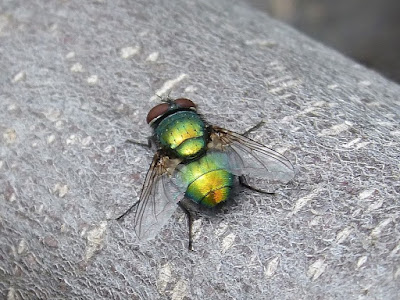