There was once a foolish woman, and she had a foolish daughter. The woman worked as a cook, and her daughter helped her in the kitchen.
One day the woman was pounding rice, and the daughter was grinding masala with a mortar and pestle. Flies were bothering the woman, so she said to her daughter, “Drive the flies away from my head, daughter.”
"Right away, mother!"
The daughter hit her mother on the head with the pestle: she thus killed several flies, but she killed her mother too.
A foolish friend is worse than an enemy.

Inspired by: The Jataka, translated by Robert Chalmers.
Notes: This is the Rohini Jataka. Compare the Makasa Jataka about a carpenter and his son. 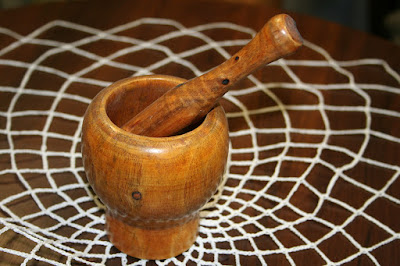