Laura Gibbs · 30. Nasruddin Rescues the Moon
Nasruddin was walking home late one night when he stopped at a well to drink some water.
As he stared down into the well, he saw the moon.
"Hang on, Moon!" he shouted. "I'll rescue you!"
He lowered the bucket into the well but, as he tried to maneuver the bucket into just the right spot so the moon could climb in, he stumbled on the hem of his robe and fell over backwards.
He then saw the moon up in the sky.
"I did it!" he exclaimed happily. "You need to be careful you don't fall down again, Moon!"


Inspired by: 202 Jokes of Nasreddin Hodja by Her Hakki Mahfuzdur
Notes: This is story 55 in the book. In most versions, Nasruddin has lowered some kind of hook down into the water which snags on a rock, and that is what makes him fall down, but I liked the idea of him tripping over the hem of his robe. 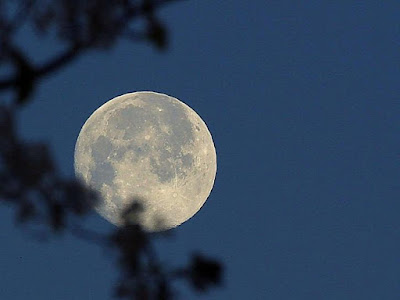